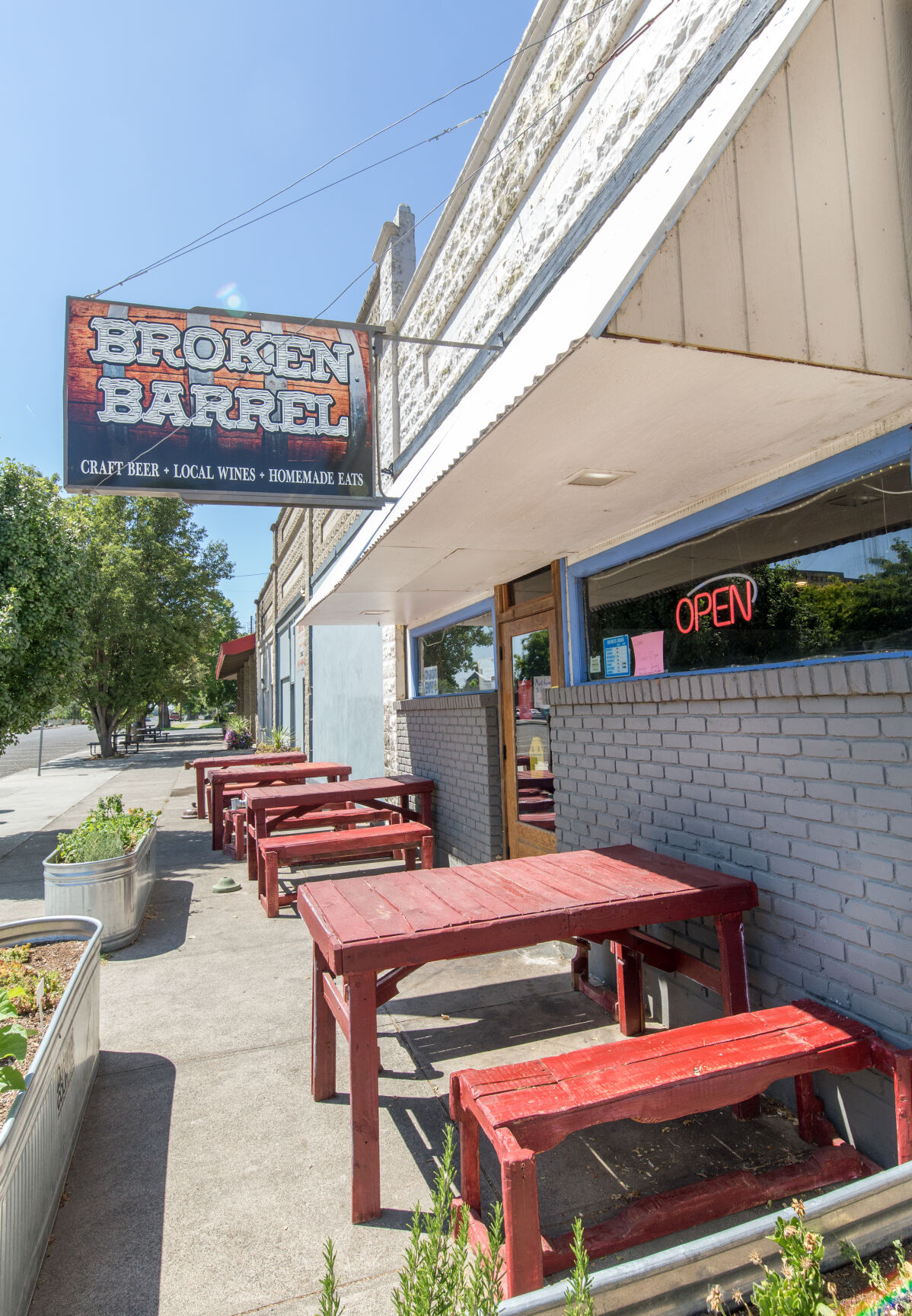 Both times Broken Barrel was forced to switch to takeout-only led to decreased sales and staff reductions for the Stanfield bar and grill. 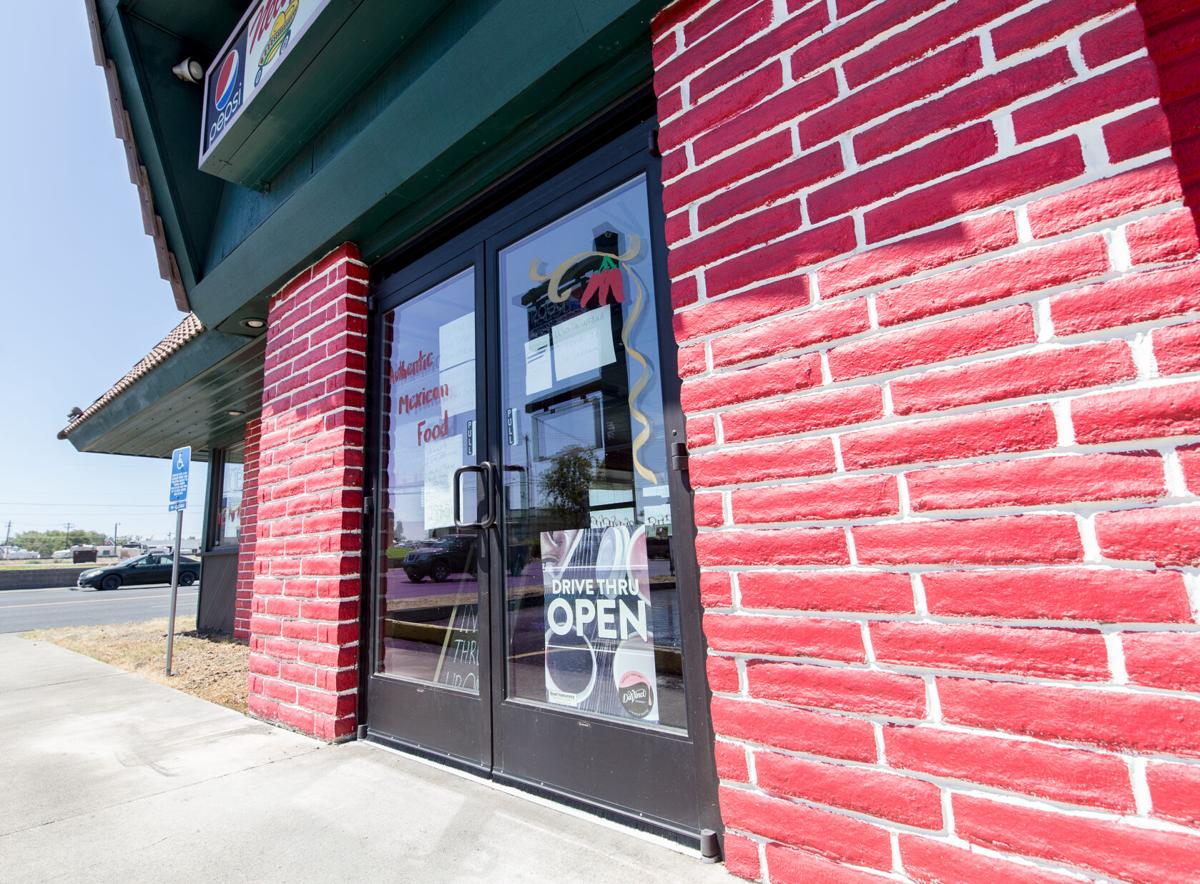 Nelly's Super Tacos in Hermiston has been takeout-only for most of 2020. 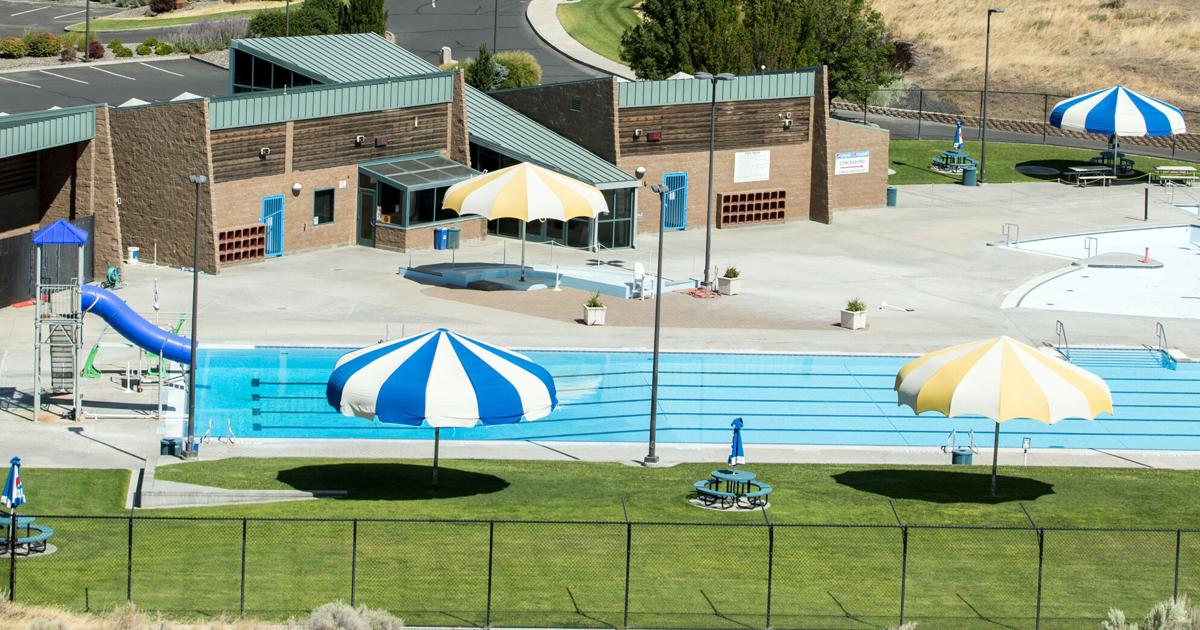 The Hermiston Family Aquatic Center is closed for the season because of worries about COVID-19. 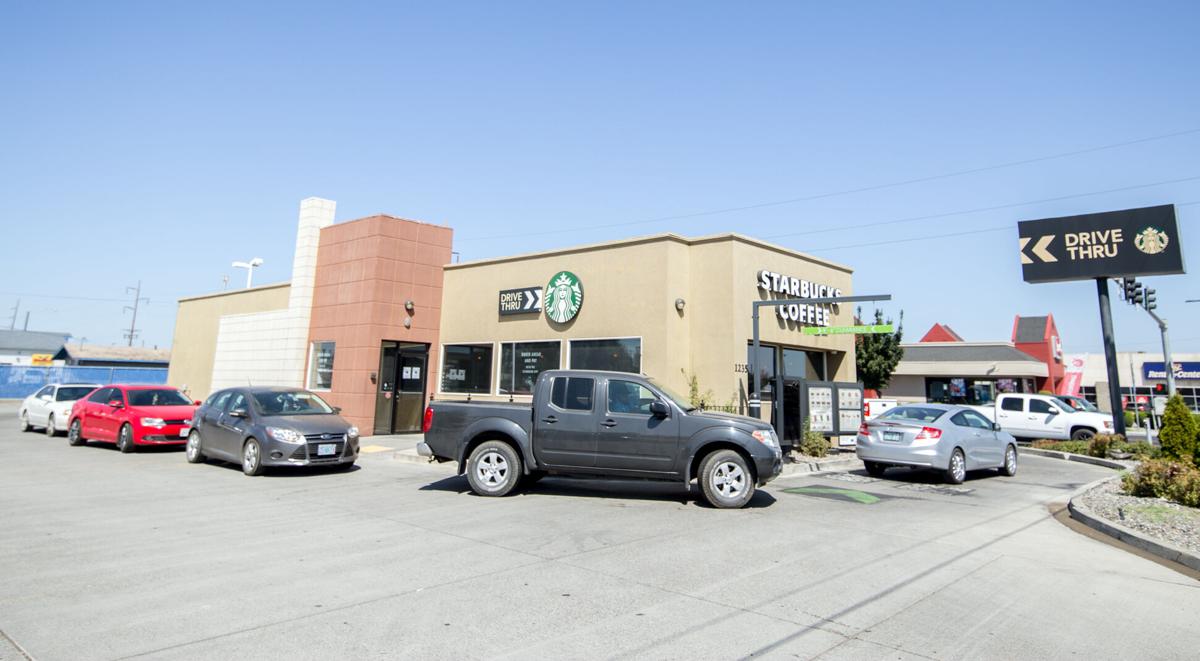 The drive-through line curls around Starbucks in Hermiston on Tuesday after dine-in service was curtailed due to the governor’s order placing Umatilla County back on baseline status. 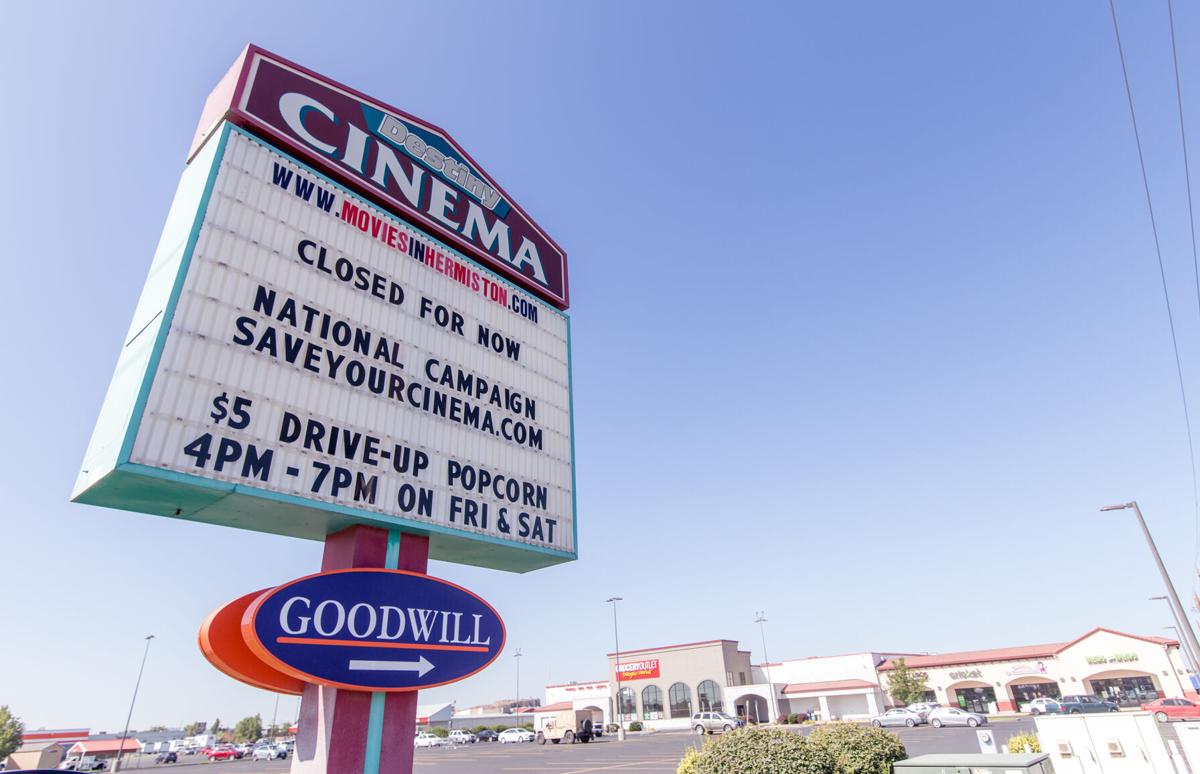 Hermiston Cinema lets the public know with its signs that the theater closed temporarily after Umatilla County returned to baseline status.

Both times Broken Barrel was forced to switch to takeout-only led to decreased sales and staff reductions for the Stanfield bar and grill.

Nelly's Super Tacos in Hermiston has been takeout-only for most of 2020.

The Hermiston Family Aquatic Center is closed for the season because of worries about COVID-19.

The drive-through line curls around Starbucks in Hermiston on Tuesday after dine-in service was curtailed due to the governor’s order placing Umatilla County back on baseline status.

Hermiston Cinema lets the public know with its signs that the theater closed temporarily after Umatilla County returned to baseline status.

Umatilla County residents had been bracing for a possible return to Phase 1 reopening restrictions after the county’s cases of COVID-19 per capita continued to outpace the rest of the state, but on Friday, July 31, the county got sent all the way back to the baseline “stay home” level first implemented in March.

The announcement from Gov. Kate Brown on the evening of Thursday, July 30, put Umatilla County back to baseline and Morrow County to Phase 1 as of noon the next day. Under baseline rules, eating establishments must return to takeout and delivery only, and businesses, such as salons and movie theaters, must close.

Martha McClusky, owner of Broken Barrel in Stanfield, said both times her bar and grill has had to switch to takeout only has meant a “dramatic decrease in sales,” forcing her to reduce staff.

Like many restaurant owners, she said she would not have placed large orders for certain items if she had known the shutdown was coming. She said she is currently offering steep discounts on kegs so they don’t go bad now that she can’t serve the alcohol by the glass inside the bar.

She said she felt grateful for the community support in the spring and now, however.

“I wasn’t hit so bad I couldn’t stay afloat,” she said.

As a thank you to loyal customers in the spring, Broken Barrel offered a free lunch for takeout one week, which turned into a weekly tradition once community members started making donations to fund the effort. McClusky said they plan to pick that back up again during the shutdown.

Some restaurants never completely reopened after they first closed their doors to diners in March.

Nelly’s Super Tacos in Hermiston has been takeout-only for most of 2020.

Owner Nelly Sanchez said she kept customers to the drive-thru window even after she was allowed to reopen the building because she would be “devastated” at the thought of a customer or employee getting sick at her restaurant. She said she also feared it would actually be worse for her business to go through the expense of reopening under all of the restrictions, only to have an outbreak or exposure force a closure.

“The reason I didn’t open my doors is because I knew it would get worse, like it has,” she said. “I saw other businesses open, and then people were getting sick and they had to close their doors for a week. If I get closed for a week that would kill me. I figure if I can do a little bit (of business) every day I will be OK.”

She said having a drive-thru window does help some customers feel more comfortable picking up food, but they have also lost a lot of customers since the pandemic began.

The action to take Umatilla County to baseline and Morrow County back to Phase 1 was the first time Gov. Kate Brown has reversed a county’s reopening — something she told counties was a possibility if their COVID-19 numbers indicated they had opened too fast.

In an interview with the Oregon Capital Bureau, which provides state-level coverage for the Hermiston Herald‘s parent company, Brown said for the past few weeks she and health officials made attempts to get Umatilla County to take voluntary actions. Union and Lincoln counties had voluntarily rolled back from Phase 2 to Phase 1 when they faced rising infection rates. The two counties were removed July 30 from the state’s watchlist of counties where infections are rising beyond acceptable limits.

Brown had hoped to replicate the same pattern with Umatilla County, but said her overtures were repeatedly rebuffed. She said county commissioners would only follow statewide restrictions.

“Honestly, I have been in contact regularly with the local county commissioners. I would prefer to do things collaboratively, but in this case, it has become a crisis,” Brown said.

As local government leaders reacted to the decision, Hermiston Mayor David Drotzmann published a copy of a letter he sent to Brown, telling the governor that closing, opening and then reclosing businesses caused serious harm to them.

He said in some cases those jobs would not come back, causing “lasting adverse consequences for years to come.” Drotzmann said he had spoken with the governor previously about the fact that cases would rise after more things opened up.

“However, if you drill down on the data, you will see we only have 314 active cases, 13 hospitalizations and a total of 23 deaths, most elderly with preexisting conditions,” he wrote. “Also, the data demonstrate the highest prevalence among the 20-40 (year old) age groups.”

He went on to say that the door-to-door testing samples conducted by Oregon State University on July 25-26 showed a large number of people were not showing symptoms at the time of their test, which proved the need for widespread testing with rapid turnaround times to help get the virus under control.

“We don’t have a lot of white collar or government-based jobs that allow for telecommuting,” he wrote. “When our workforce gets shut down, the rest of the state (and the world) doesn’t eat. So out of necessity people can’t wait 7-14 days on a maybe. We need more certain/rapid answers. Returning to baseline won’t work. How many outbreaks are we seeing at restaurants, barbershops and bowling alleys?”

“You want to slow the spread and protect vulnerable populations? Get us the tools and resources to identify the sick more urgently and let’s work together to overcome this crisis.”

Sen. Bill Hansell, R-Athena, said he would be supportive of the state sending additional financial aid to Umatilla and Morrow counties in light of the shutdowns, and said that with the Oregon Legislature’s emergency board still meeting and a special session of the Legislature planned, there would likely be opportunities to do so.

He said it was hard to see businesses that the pandemic “just keeps hammering them.”

“It breaks my heart,” he said. “I know it’s been tough. We’ve lost businesses already.”

He said hindsight is 20/20, but he feels that public health officials in Umatilla County have been doing the best they know how, with the knowledge and resources they have had.

“They’re good people trying to do a good thing,” he said.

The following rules and guidelines are in place while Umatilla County is in baseline mode: